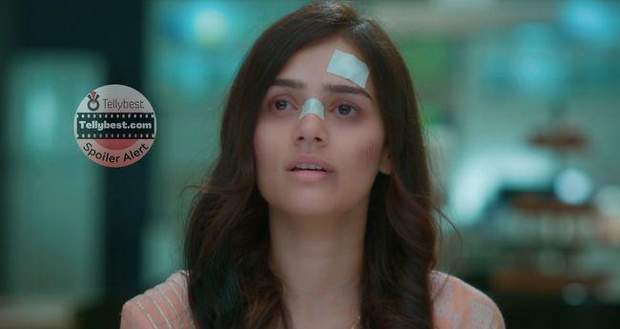 In Anupama's upcoming story, Dimple will take a big step after seeing Anupama and her family in danger.

The current track of Anupama revolves around the molesters sending threats to Anupama and the Shah family with the message “Do not support, else you will regret”.

Leela asks Anupama to take back the case but Anupama does not agree to step back from her decision due to her humanism and womanhood.

According to the latest twists of Anupama, Anupama gets attacked by those molesters and receives a final warning about throwing Dimple out of her house.

The goons threaten Anupama by saying that if she decides to stand by Dimple, then the women in her family will face the same fate as Dimple did.

Anuj and Anupama get worried about the situation a lot which will take a toll on Dimple.

In the upcoming twists of the serial, Dimple will realize that everything is happening because of her and think of herself as the root cause of everything.

With guilt creeping in, Dimple will think that leaving Anupama’s house will ensure their safety from those dangerous people.

Will Dimple leave Anupama’s house to fight against those monsters by herself? How will Anuj and Anupama handle the situation now?

Let us see what Dimple decides to do in the upcoming episodes of Anupama.

© Copyright tellybest.com, 2022, 2023. All Rights Reserved. Unauthorized use and/or duplication of any material from tellybest.com without written permission is strictly prohibited.
Cached Saved on: Wednesday 25th of January 2023 10:27:41 AMCached Disp on: Tuesday 7th of February 2023 12:21:30 AM