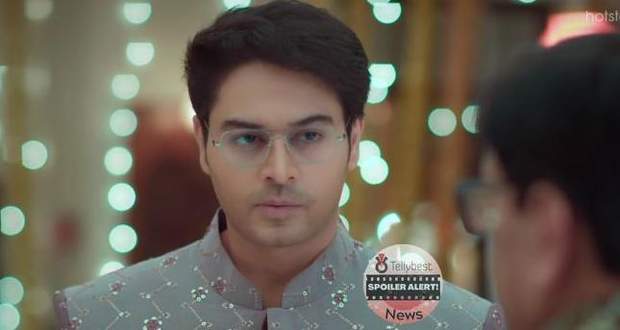 In the upcoming story of Anupama, Hasmukh keeps such a demand in front of Anuj which will land him in dilemma.

So far in the serial Anupama, Vanraj makes it crystal clear that he will not entertain any arguments from anyone regarding his decision to oust Pakhi and Adhik as he will never accept their wedding.

As per the spoilers of the serial, Hasmukh comes ahead and pleads with Anuj to see the light of reason and tells him to take up the responsibility of Pakhi-Adhik.

Hasmukh tells Anuj that he is the only one that can cement the differences created by Pakhi and Adhik's marriage.

Hasmukh also tells Anuj that he must try and pacify Anupama, Barkha, and the Shah to accept the newly married couple.

In the upcoming twists of Anupama, after being evicted from the Shah House, Barkha curses and ousts Pakhi and Adhik from the house.

Anuj tries to convince Barkha as well as try and pacify the Shah’s to accept Pakhi and Adhik’s marriage after being persuaded by Hasmukh to do so.

All this might culminate in a fight between Anuj and Anupama, as she is not ready to forgive Pakhi and Adhik for their juvenile behavior.

Let’s see if Anuj can successfully tread the conflicting paths of convincing Anupama, Barkha, and the Shah’s and fulfil Hasmukh's demand in the future episodes of the Anupama serial.

© Copyright tellybest.com, 2022, 2023. All Rights Reserved. Unauthorized use and/or duplication of any material from tellybest.com without written permission is strictly prohibited.
Cached Saved on: Monday 21st of November 2022 07:06:24 AMCached Disp on: Thursday 1st of December 2022 11:48:31 AM