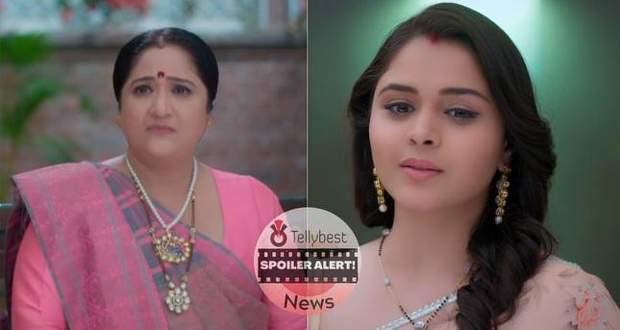 In the upcoming story of Anupama, Lela will be unjust towards Pakhi due to her marriage to Adhik.

So far in the serial Anupama, Leela, Hasmukh, Samar, Paritosh, and Kavya are all gathered to discuss how to conduct Pakhi's wedding with a low-cost budget.

Leela still is sour about Pakhi marrying Adhik as Vanraj is still not able to overcome his grief.

As per the spoilers of the serial, Leela says that since Pakhi is getting married in the Kapadia house, the jewelry she had made for Pakhi can be used for Arya (Kinjal's daughter).

Leela further says that Pakhi is now a Kapadia daughter-in-law and won't even look at the jewelry given by the Shahs.

Hasmukh tells her that whether or not Pakhi uses the jewelry is Pakhi's prerogative, but it is their responsibility to gift their granddaughter with the family jewels.

Leela then declares that because of Pakhi's insolence and in the spirit of a low-budget wedding, Leela will keep the jewelry made for Pakhi for Arya.

Let us see how Pakhi will react once she knows that Leela is doing an injustice to her by keeping her jewellery in the future episodes of Anupama.

© Copyright tellybest.com, 2022, 2023. All Rights Reserved. Unauthorized use and/or duplication of any material from tellybest.com without written permission is strictly prohibited.
Cached Saved on: Monday 21st of November 2022 12:49:02 AMCached Disp on: Tuesday 29th of November 2022 09:53:21 AM