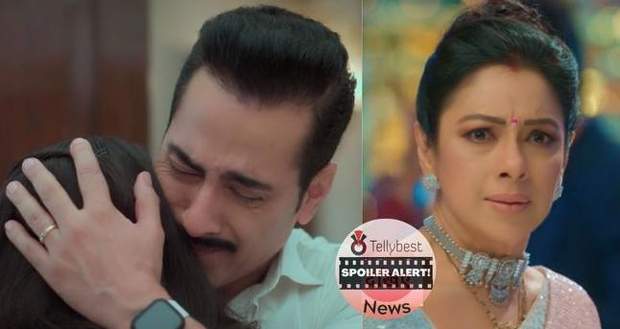 Anupama: Upcoming Story! Pakhi Gets A Gift From Both Vanraj And Anupama!

In the upcoming story of Anupama, Pakhi will get a gift from both Vanraj and Anupama.

So far in the serial Anupama, Vanraj and Anupama both were angry with Pakhi for her runaway wedding with Adhik.

As per the spoilers of the serial, Pakhi is in the Shah House practising for her sangeet and trying to convince Vanraj to forgive her.

Finally, Vanraj's heart melts as Anupama takes him down the memory lane of Pakhi's childhood and Vanraj forgives Pakhi.

However, Anupama has a different gift for Pakhi.

In the upcoming twists of the serial, Anupama slaps Pakhi at her sangeet as she is misusing all the luxuries she has in her life.

Anupama further says that from this day forth Pakhi has to go out in the real world to earn and sponsor her luxuries.

Saying this Anupama ousts both Pakhi and Adhik from the Kapadia residence for good.

Let us see how different gifts from Anupama and Vanraj for Pakhi affects her life with Adhik in the future episodes of the Anupama serial.

© Copyright tellybest.com, 2022, 2023. All Rights Reserved. Unauthorized use and/or duplication of any material from tellybest.com without written permission is strictly prohibited.
Cached Saved on: Monday 21st of November 2022 06:20:57 AMCached Disp on: Wednesday 7th of December 2022 02:49:29 PM