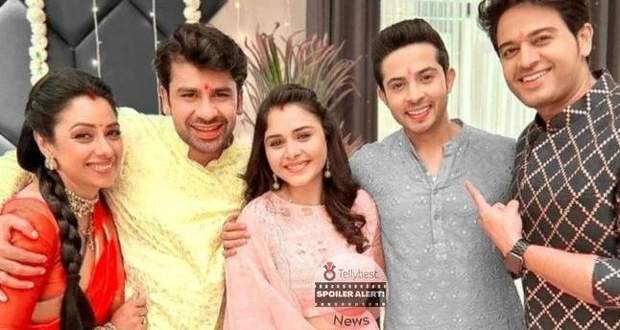 In the upcoming story of Anupama, Paritosh will be helping Pakhi navigate the troubled relationship between her and Vanraj.

So far in the serial Anupama, Anuj and Anupama are discussing with the Shahs to get Pakhi-Adhik remarried with all the rituals.

However, Vanraj tells them point-blank that he will not perform any fatherly duties at the wedding. He further tells Anuj that if he wants then he can perform the rituals himself.

Anuj tells him that his anger at Pakhi-Adhik is valid but rituals like Kanyadaan can only be performed by the father, which is Vanraj.

As per the spoilers of the serial, Paritosh has made a reentry into the show after his adultery drama with Kinjal.

Paritosh has always cared for Pakhi. Even though he never liked Adhik but now his sister is married to him so he will be seen supporting Pakhi and Adhik.

Will Paritosh convince Vanraj and the Shahs to give Pakhi a second chance as they gave him?

Let’s see if Paritosh succeeds in mending the relationship between Pakhi and Vanraj with the help of Kinjal in future episodes of the Anupama serial.

© Copyright tellybest.com, 2022, 2023. All Rights Reserved. Unauthorized use and/or duplication of any material from tellybest.com without written permission is strictly prohibited.
Cached Saved on: Monday 21st of November 2022 11:44:28 AMCached Disp on: Friday 9th of December 2022 05:38:24 AM