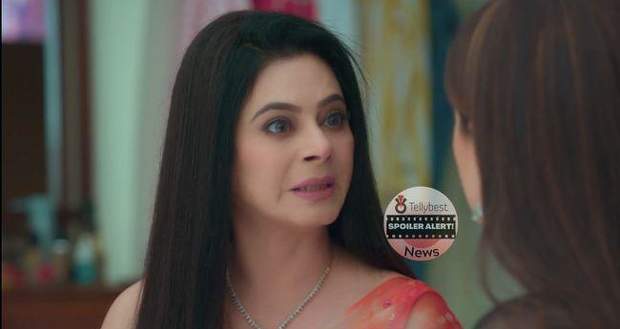 In the upcoming story of Anupama, Rakhi will realize her mistake of protecting Paritosh earlier and apologize to Kinjal for her mistake.

The current track of Anupama revolves around the drama in the Shah household after Kinjal declares that she wants a divorce from Paritosh and cannot live together with him.

According to the latest twists of Anupama, Rakhi confides her feelings to Kinjal and admits that she was in the wrong to protect Paritosh.

Rakhi shares the story of her facing the same betrayal from Kinjal's father when she was pregnant with her.

In the upcoming twists of the serial, Rakhi will tell Kinjal that she has understood that a woman's worth is not measured by her husband. An independent woman is self-dependent and self-capable to handle things on her own.

Hearing that, Kinjal will feel proud of Rakhi and share a heartfelt hug with her mother.

Let us see how Rakhi, Kinjal, and Anupama face the Shahs in the upcoming episodes of Anupama.

© Copyright tellybest.com, 2022, 2023. All Rights Reserved. Unauthorized use and/or duplication of any material from tellybest.com without written permission is strictly prohibited.
Cached Saved on: Monday 21st of November 2022 07:38:13 AMCached Disp on: Tuesday 6th of December 2022 01:53:05 PM