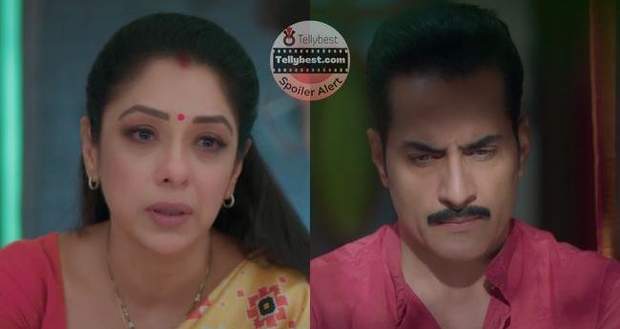 In the upcoming story of Anupama, Vanraj will be apologizing to Anupama for not listening to her about Pakhi.

The current track of Anupama revolves around Adhik leaving Pakhi as he needs time to think about their marriage.

Pakhi is left shattered as she did not fathom that her behavior would break off her and Adhik’s marriage and blames Vanraj for initiating everything.

According to the latest twists of Anupama, Vanraj is left stunned after Pakhi blames him for her marriage ending.

Vanraj realizes that Anupama was right about Pakhi and her egoistic and stupid behavior.

With the realization that he was wrong, Vanraj announces that he will no longer interfere in Pakhi’s affair.

As Vanraj has come to the realization of the fact that what he did was wrong by supporting Pakhi, will he apologize to Anupama for his mistakes?

Let us see how Pakhi’s track advances in the upcoming episodes of Anupama.

© Copyright tellybest.com, 2022, 2023. All Rights Reserved. Unauthorized use and/or duplication of any material from tellybest.com without written permission is strictly prohibited.
Cached Saved on: Wednesday 25th of January 2023 12:04:35 PMCached Disp on: Monday 6th of February 2023 05:10:47 AM