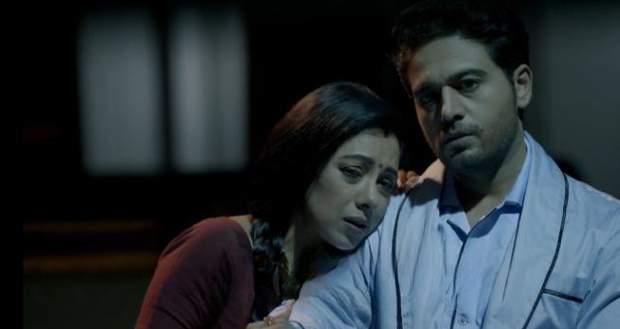 In the upcoming story of Anupama, Anuj will be left paralyzed with Anupama having no support on her side.

So far in the serial Anupama, Pakhi feels guilty about her behavior towards Anuj, Anu, and Anupama and regrets the same.

Meanwhile, Vanraj feels abandoned by his own children when they choose to celebrate Raksha Bandhan with the Kapadia leaving him alone in despair.

In the latest episode of the serial, Adhik feels dejected as Pakhi is maintaining her distance to rectify her mistake by disobeying Anupama.

As per the upcoming spoiler of the series, Vanraj calls Anuj to talk to him on the hilltop.

Vanraj is frustrated at the fact that Anuj has taken away all the happiness from his life and thinks of ending Anuj's life.

Is it only Vanraj who is planning Anuj's death or some other member is involved too?

It seems likely that Anuj knows a BIG secret about one of the family members who will make him meet his death.

Let us continue to watch future episodes of Anupama to see why Anuj exactly lands up in the hospital and how will Anupama cope with it and how the story pans out.

© Copyright tellybest.com, 2022, 2023. All Rights Reserved. Unauthorized use and/or duplication of any material from tellybest.com without written permission is strictly prohibited.
Cached Saved on: Monday 21st of November 2022 08:25:23 AMCached Disp on: Saturday 3rd of December 2022 03:31:09 PM