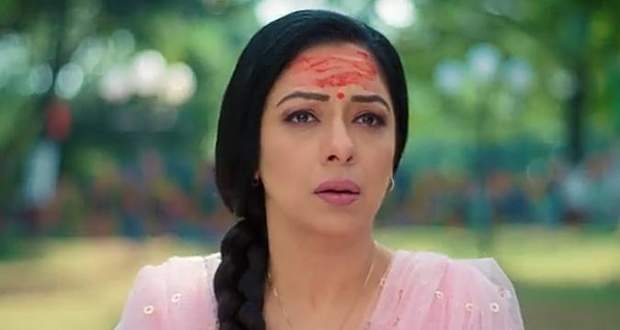 Anupama Upcoming Twist: Anupama goes to look for a house on rent

In the future Anupama serial episodes, Anupama will go to look for a house for rent while the owner will refuse to give the house to a single tenant.

Up until now in Anupama's story, Anupama went to a park and sat there crying remembering Leela and Vanraj's taunts while a boy dressed as Lord Krishna came there and cheered her up.

Further, Anupama returned to her mother's house and revealed that she is not going to stay with her mother and will look for a house to stay in with Samar.

Now as per the serial gossips of Anupama, Kavya will instigate Leela that Anupama still owns a part of the Shah house and is going to take revenge on them using it.

Meanwhile, Anupama will go to look for a house on rent where the owner will refuse to give the house to a single divorced tenant, according to the spoilers of Anupama.

Let's see if Anupama can find a house in the upcoming story of the Anupama serial.

© Copyright tellybest.com, 2020, 2021. All Rights Reserved. Unauthorized use and/or duplication of any material from tellybest.com without written permission is strictly prohibited.
Cached Saved on: Wednesday 1st of December 2021 11:28:28 PMCached Disp on: Monday 6th of December 2021 08:34:46 AM