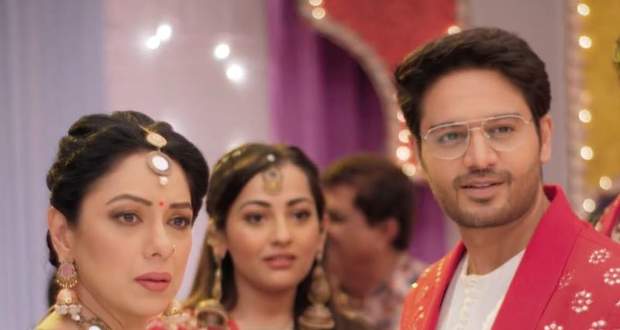 Anupama upcoming twist: Anupama stands up for Anuj against all odds

In the upcoming Anupama serial episodes, Anupama will stand up for Anuj when Baa tries insulting him in front of the whole community.

So far in Anupama's story, Rohan apologies to the Shah family and leaves with a promise to never interfere in Nandini’s life.

Meanwhile, Devika scolds Anupama, helps her realize Anuj’s value in her life, and asks her to stand up for him this time.

Now as per the gossips of the Anupama serial, Baa will hold Anuj responsible for all the problems in their house.

Anupama will stand up for Anuj when Baa will ask him to get out of there and never come back.

Further, Anupama and Anuj ignite fire together and complete Ravan Dahan as a symbol of setting all the bad intentions and perceptions in all our hearts on fire, according to the spoilers of Anupama.

Let's see how Baa and Vanraj react to Anupama’s will in the upcoming story of Anupama.