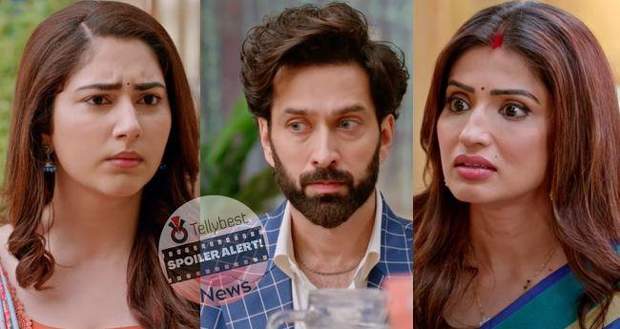 So far in the story of BALH2, Pihu sues both Ram and Priya in court, announcing that they fight all the time and she does not like it.

However, the judge gives Priya and Ram one month to patch up until Pihu decides whom she wants to live with.

According to the latest spoiler of BALH2, Priya will complain to Sarah saying that Adi and Vikrant shouldn’t help Ram since Ram again believed Nandini so easily.

Getting enraged, Sarah will tell Priya that this way, even they should not support Priya because Priya broke all the relations five years ago with Sood Family like they never existed.

Adding further, Sarah slams Priya for hurting Ram and says Ram has no one except Priya and his friends.

If Priya leaves him in the evil company of Nandini, Shubham, and Vedika, Priya will have no one to blame except herself.

Let us see how Sarah’s advice makes Priya take the initiative and be closer to Ram along with Pihu in future episodes of BALH2.

© Copyright tellybest.com, 2022, 2023. All Rights Reserved. Unauthorized use and/or duplication of any material from tellybest.com without written permission is strictly prohibited.
Cached Saved on: Monday 21st of November 2022 08:59:48 AMCached Disp on: Wednesday 7th of December 2022 11:20:11 AM