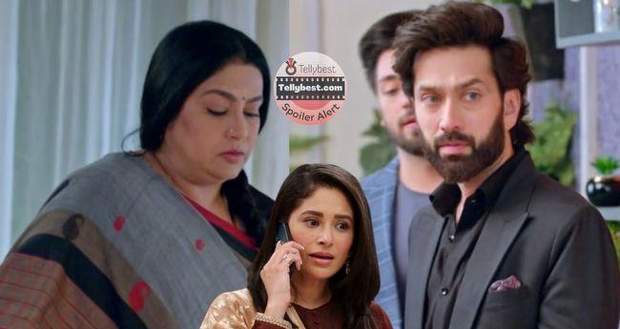 In the upcoming story of Bade Acche Lagte Hain 2, we will see that Ram's biological mother, Swati, is still alive!

So far in the story of BALH 2, Ram recovers his memories but doesn't tell anyone about it to teach Nandini and Vedika a lesson.

On the day of Swati's barsi (demise day), Ram invites the press and urges Nandini to read the script written by Lovely, stating that Ram doesn't love Vedika and is not going to marry her.

According to the latest spoiler of BALH2, Sid & Shubham will ask Ram to come with them and meet Mr. Khanna with whom they want to strike a very lucrative deal.

Ram will accompany them, but is going to get the biggest shock of his life!

As per the upcoming big twist of BALH2, Ram's biological mother, Swati, is the housemaid of the Khanna House and will open the door for Ram unknowingly.

How will Ram react when he sees his past come alive in front of his eyes without a warning?

Let us see whether missing Swati and deeming it as death was another game played by Nandini to replace Swati from Ram's father's life in the future episodes of BALH2.

© Copyright tellybest.com, 2022, 2023. All Rights Reserved. Unauthorized use and/or duplication of any material from tellybest.com without written permission is strictly prohibited.
Cached Saved on: Wednesday 25th of January 2023 12:48:44 PMCached Disp on: Wednesday 1st of February 2023 09:49:48 PM