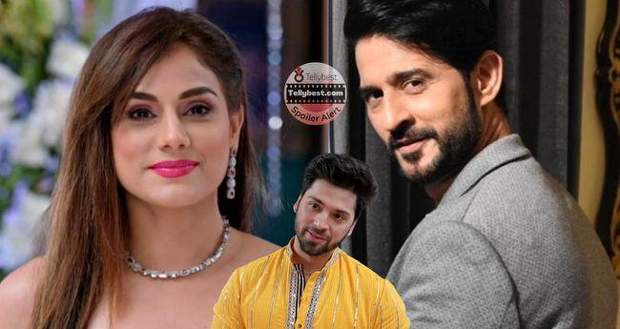 In the upcoming story of Bade Acche Lagte Hain 2, Lakhan who is Ram's younger brother is going to steal Avni from Sid!

So far in the story of BALH 2, Pihu humiliates Nandini in front of everyone, including Yash Khanna's family.

Sid wants to marry Avni since she is Yash Khanna's daughter and comes from a rich family.

This way, Sid plans to become independent without being dependent on Ram and his resources.

According to the latest spoiler of Bade Acche Lagte Hai 2, Swati Ji reveals that Lakhan (who is Ram's younger brother) has become full of hatred for the rough, unstable childhood he had to go through without any financial support.

Further, as per the future story of BALH2, Lakhan is going to get paired up with Avni (who is Yash Khanna's daughter & Sid's next target) in the future track.

Will Swati's wish come true of seeing Ram and Lakhan together?

Let us see how Lakhan's entry into the show wafts away Sid's cunning plan of becoming rich by marrying Avni in the future episodes of BALH2.