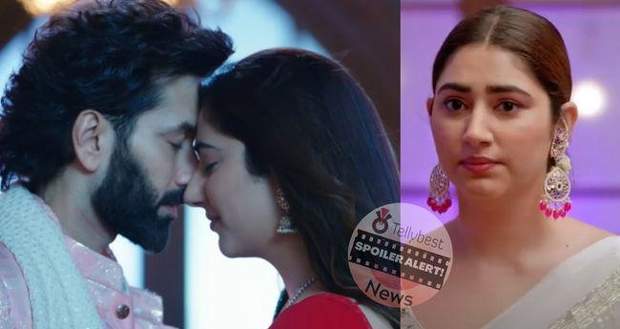 In the upcoming story of Bade Acche Lagte Hai 2, Ram won’t be able to take his eyes off Priya!

So far in the story of BALH2, Ram is late to the Dussehra surprise party planned by Pihu and gets panicked when he gets stuck in traffic alongside Vedika.

However, unable to fail Pihu and leave another chance to be Priya’s hero, Ram gets to the Kapoor Mansion by hook or by crook, leaving Vedika to fend for herself in the traffic.

According to the latest spoiler of BALH2, Ram will be awestruck when he sees Priya dress so beautifully for the party with ethnic wear and big earrings that compliments her round face.

As per the latest gossip of BALH2, Ram will be speechless once he sees Priya and even more dazed when Pihu reminds him that it is his and Priya’s marriage anniversary.

It will be interesting to watch Ram’s reaction upon seeing Priya as he fails to take his eyes off her in future episodes of BALH2.

© Copyright tellybest.com, 2022, 2023. All Rights Reserved. Unauthorized use and/or duplication of any material from tellybest.com without written permission is strictly prohibited.
Cached Saved on: Monday 21st of November 2022 06:47:21 AMCached Disp on: Tuesday 6th of December 2022 12:32:57 PM