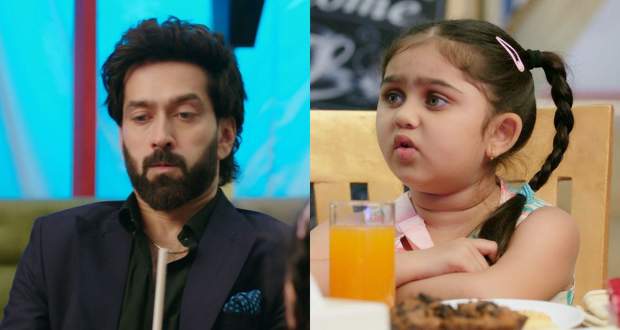 Bade Achhe Lagte Hain 2 (BALH2): Spoiler! This is how Ram and Pihu destress themselves!

In the upcoming story of Bade Achhe Lagte Hain, Ram and Pihu will share their tip to destress themselves.

The current track of BALH2 revolves around Priya, Ram, and Pihu returning to Mumbai from Meraat after Sarah and Vikrant’s sangeet function.

Priya leaves early due to her leg injury but Ram and Pihu along with others get stuck at the airport.

As per the latest twists of Bade Achhe Lagte Hain, Ram and Pihu will have a sugary conversation between them regarding sweets and cupcakes.

Ram will say that he eats burgers whenever he has to destress himself to which Pihu replies that she does the same by eating cakes.

However, Ram replies that he eats cakes when he has to think of an idea because the sugar helps his brain to run.

While having the conversation, Ram and Pihu eat cupcakes together and talk to each other about their hobbies and stuff.

As time passes by, Ram and Pihu are getting closer to each other gradually.

Let us see how the relationship between Ram and Pihu gets mended in the upcoming episodes of Bade Achhe Lagte Hain 2.

© Copyright tellybest.com, 2022, 2023. All Rights Reserved. Unauthorized use and/or duplication of any material from tellybest.com without written permission is strictly prohibited.
Cached Saved on: Wednesday 25th of January 2023 04:15:09 PMCached Disp on: Thursday 9th of February 2023 08:27:15 AM