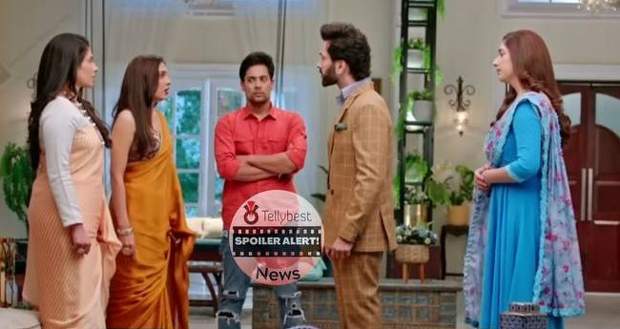 In the upcoming story of Bade Achhe Lagte Hain 2, Vedika will become the scapegoat to blame for contacting the custody lawyer without informing Ram.

The current track of BALH2 revolves around Nandini and Vedika making Priya believe that Ram wants to take away Pihu's legal custody from her.

Priya decides to leave the house along with Pihu after discovering the truth as she cannot lose Pihu.

According to the latest twists of BALH2, Priya does not leave the house at the last moment making Nandini and Vedika's plan a complete fail.

After Ram demands to know what disaster Vedika was talking about on the phone, Priya reveals that she had an argument with Vedika because she went to the custody lawyer.

Vedika finds herself in a tight position after everyone begins to question her about her actions.

Meanwhile, Shubham shifts the blame to Vedika to safeguard himself making Ram furious at her for her doing.

After the lawyer also informs Ram that Vedika asked him to take the custody case of Pihu, Vedika gets silent as she has nothing to defend herself.

Let us see how Vedika gets out of the mess in the upcoming episodes of Bade Achhe Lagte Hain 2.

© Copyright tellybest.com, 2020, 2021. All Rights Reserved. Unauthorized use and/or duplication of any material from tellybest.com without written permission is strictly prohibited.
Cached Saved on: Saturday 1st of October 2022 10:11:50 PMCached Disp on: Monday 3rd of October 2022 09:20:13 PM