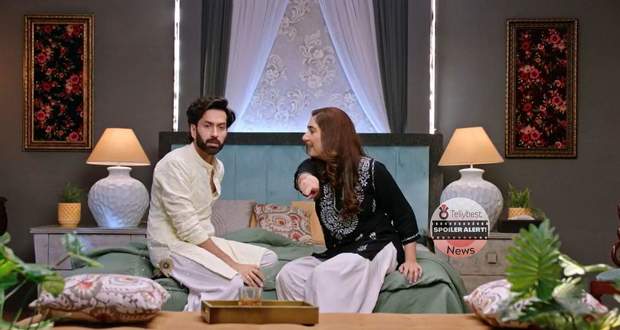 In the upcoming story of Bade Achhe Lagte Hain 2, Ram and Priya will have an intense romance session after Priya will get drunk.

The current track of BALH2 revolves around Nandini and Vedika making Priya believe that Ram wants to take away Pihu's legal custody from her.

Priya decides to leave the house along with Pihu after discovering the truth as she cannot lose Pihu but then stays at the last moment.

As per the latest twists of BALH2, Priya will get drunk after drinking alcohol accidentally.

Ram will be shocked to see Priya in that state and will take care of her by being on her side.

As Priya tries to drink more, Ram will stop her by pulling on her hand which will lead Priya to land in Ram's arms.

Priya will be fascinated by seeing Ram so close and tell Ram that she loves to be with him.

Ram will be taken aback by Priya's statement but will reply that he feels the same for her.

With bodies intertwined and stares talking a thousand words, Ram and Priya will have a lovable romance after so many years.

Let us see if Ram and Priya get to come closer in the upcoming episodes of Bade Achhe Lagte Hain 2.

© Copyright tellybest.com, 2020, 2021. All Rights Reserved. Unauthorized use and/or duplication of any material from tellybest.com without written permission is strictly prohibited.
Cached Saved on: Saturday 1st of October 2022 09:39:35 PMCached Disp on: Monday 3rd of October 2022 08:51:01 PM