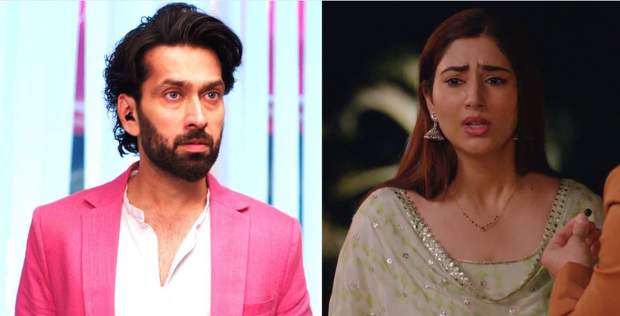 In the upcoming Bade Ache Lagte Hain 2 serial episodes, Ram will be unsure about believing the manager, Santosh's words.

Ram will start questioning his life and belief in his father.

The current story of BALH2 revolves around Shashi compelling Santosh to lie about Virendra's character.

On Shashi's orders, Santosh states Virendra as a criminal who used to do illegal transactions with goons along with Mr. Kumar.

Now, as per the gossip of Bade Ache Lagte Hain 2, Ram will be confused about whether he should believe Santosh.

With all the claims done by Santosh, there are great chances of Virendra being into illegal activities.

However, Ram has known his father as an honest and noble person which is restricting him from trusting the allegations on Virendra.

As Ram disconnects with everyone and goes missing, Priya decides to tell Ram about her kidnapping which will prove that Virendra's accident was a planned murder and not an incident that happened while he was returning after washing off the proof of his illegal actions.

Before Priya reveals her kidnapping to Ram, her health kicks in and she faints, according to the spoiler of the Bade Ache Lagte Hain 2 serial.

Let us see how will Ram keep faith in his father and find out the truth behind Santosh's words, in the upcoming episodes of the BALH 2 serial.

© Copyright tellybest.com, 2020, 2021. All Rights Reserved. Unauthorized use and/or duplication of any material from tellybest.com without written permission is strictly prohibited.
Cached Saved on: Sunday 2nd of October 2022 06:26:54 AM