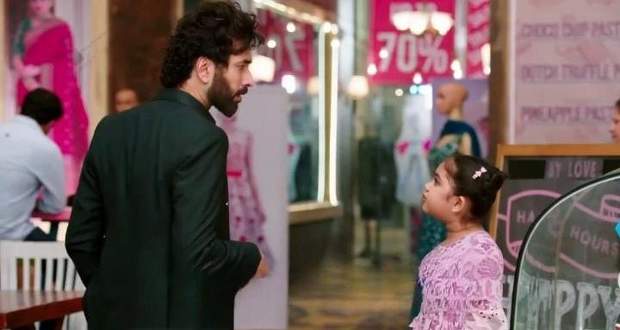 In the upcoming story of Bade Achhe Lagte Hain 2, Ram and Pihu will collide while buying a cupcake.

So far in the story of BALH2, Ram has come with a girl to the shopping mall who is constantly nagging him while he is finding ways to go away from her.

As per the twists of the serial, Pihu has to buy a cupcake but she does not have any money while Ram also wants to buy the same cupcake as it is the last piece on the counter.

Pihu is a smart bargainer as she milks the situation when she sees Ram avoiding a girl.

According to the latest spoiler of the serial Bade Ache Lagte Hain 2, Ram loses to Pihu and agrees to give Pihu the cupcake while she calls Ram "papa" to make the girl Meera go away from him.

Pihu also reminds Ram of Priya when she asks for a pinky promise.

Let us see whether Ram and Pihu bond secretly behind Priya's back in the new episodes of Bade Ache Lagte Hain 2.

© Copyright tellybest.com, 2022, 2023. All Rights Reserved. Unauthorized use and/or duplication of any material from tellybest.com without written permission is strictly prohibited.
Cached Saved on: Monday 21st of November 2022 09:00:37 PMCached Disp on: Monday 5th of December 2022 01:08:48 PM