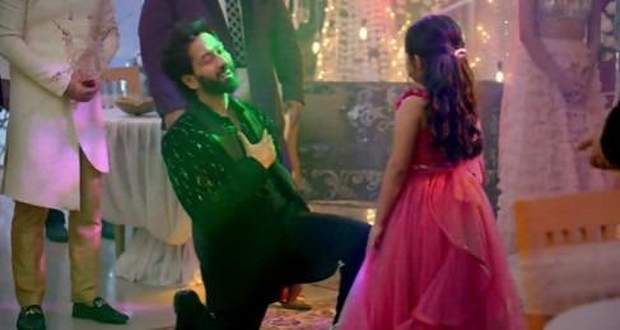 In the upcoming story of Bade Achhe Lagte Hain 2, Ram will try his best to impress Pihu so that she behaves softly with him.

The current track of BALH2 revolves around Priya and Pihu staying in Kapoor's residence to help Ram recover his social image.

However, Pihu does not like Ram a bit and wants him out of her and Priya's life.

As per the latest twists in BALH2, Ram will try to impress Pihu by bribing her with toys but it will backfire.

After picking up Pihu and Priya from the middle of the rain, Ram will take them to his nearby farmhouse.

Pihu will misunderstand the situation and think that Ram is trying to kidnap her and Priya.

According to the latest spoilers of BALH2, Pihu will handcuff Ram and scold him for trying to hurt Priya in her presence.

Ram will try to clarify that he is not trying to hurt them but Pihu will not believe his words.

There will be a mahasangam amalgamation between Bade Achhe Lagte Hain 2 and Apnapan from 18 July 2022 to 22 July 2022 where Ram and Pihu will dance together and be loving to each other.

Let us see how Ram manages to make Pihu behave so lovingly with him in the upcoming episodes of Bade Achhe Lagte Hain 2.

© Copyright tellybest.com, 2022, 2023. All Rights Reserved. Unauthorized use and/or duplication of any material from tellybest.com without written permission is strictly prohibited.
Cached Saved on: Wednesday 25th of January 2023 05:38:16 PMCached Disp on: Thursday 9th of February 2023 07:51:38 AM