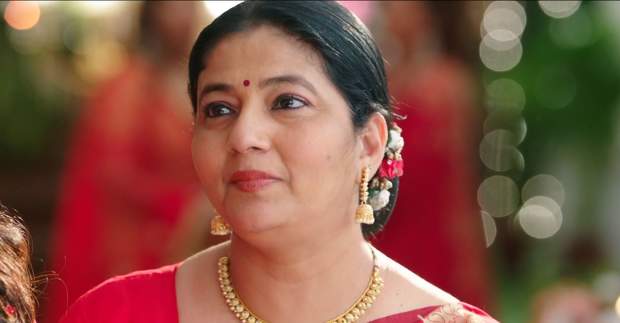 In the upcoming Bade Ache Lagte Hain 2 serial episodes, Meera will apologize to Ram for Priya’s mistake by joining her hands in front of Ram.

The current story of BALH 2 revolves around Ram and Priya secretly keeping a fast for each other on Karwachauth.

During the function, Nandini talks to Priya privately and gets her to sign the annulment papers.

Now, as per the gossips of Bade Ache Lagte Hain 2, Meera will join her hands in front of Ram and apologize on behalf of Priya as she was wrong in getting Akki and Shivi married secretly.

Later, Vedika will tell Ram that Priya met Neeraj before their marriage and confessed her love for Neeraj.

Further, Priya will see Ram walking away without noticing her.

After a while, Raftaar and Rashmeet Kaur will arrive at Ram's house and perform their latest song 'Ghana Kasoota' as a surprise for Shivina, according to the upcoming story of Bade Ache Lagte Hain 2 serial.