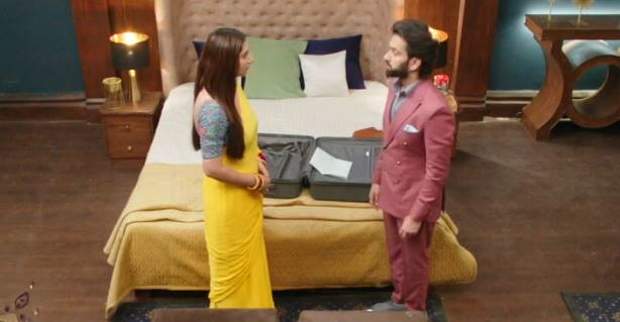 In the upcoming Bade Ache Lagte Hain 2 serial episodes, Ram will burn the prenup contract signed by Priya saying that he trusts Priya.

The current story of BALH 2 revolves around Nandini trying to stop Akki and Shivi's marriage.

Nandini successfully manipulates Shivina to postpone the wedding and letting Akki take the opportunity to make his dream of acting come true.

Now, as per the gossips of Bade Ache Lagte Hain 2, Nandini will decide to break Ram and Priya's marriage within the next 15 days.

On the other hand, Ram will burn the marriage contract saying he trusts Priya. He will tell Priya that he knows Priya will not take away from him anything that doesn't belong to her.

Further, everyone will welcome Priya in Ram’s house and Nandini will guide her to complete the ritual, according to the upcoming story of Bade Ache Lagte Hain 2 serial.

© Copyright tellybest.com, 2020, 2021. All Rights Reserved. Unauthorized use and/or duplication of any material from tellybest.com without written permission is strictly prohibited.
Cached Saved on: Wednesday 1st of December 2021 11:07:24 PMCached Disp on: Monday 6th of December 2021 02:40:53 AM