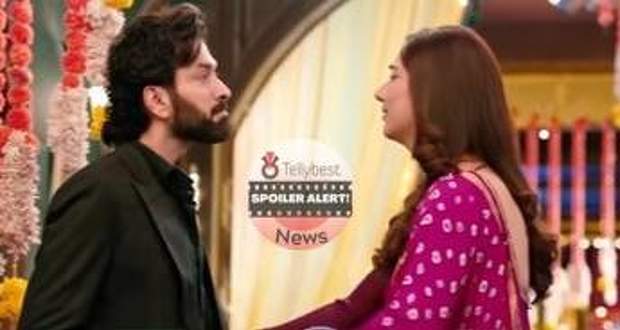 In the upcoming story of Bade Achhe Lagte Hain 2, Ram will decide to separate Pihu from Priya to take revenge on Priya.

The current track of Bade Achhe Lagte Hain 2 revolves around Ram discovering that Pihu is his daughter and that Priya has kept it a secret from him because she does not want to live with Ram.

However, the truth is very different compared to what Ram heard. Priya has planned to reveal the truth about Pihu to Ram as she wants to have a happy family with him.

As per the latest twists, Nandini will instigate Ram to take revenge on Priya for keeping his daughter away from him for 5 years by lying to him.

Ram will blame Priya for separating him from Pihu and ask Priya to leave behind Pihu with him.

Ram will announce that Pihu will not leave his house but Priya cannot stay in his house anymore and has to leave.

Hearing Ram separating her from her daughter, Priya stands with a shattered heart.

Let us see if Ram gets to know the truth before it is too late in the upcoming episodes of Bade Achhe Lagte Hain 2.

© Copyright tellybest.com, 2020, 2021. All Rights Reserved. Unauthorized use and/or duplication of any material from tellybest.com without written permission is strictly prohibited.
Cached Saved on: Saturday 1st of October 2022 12:49:12 AM