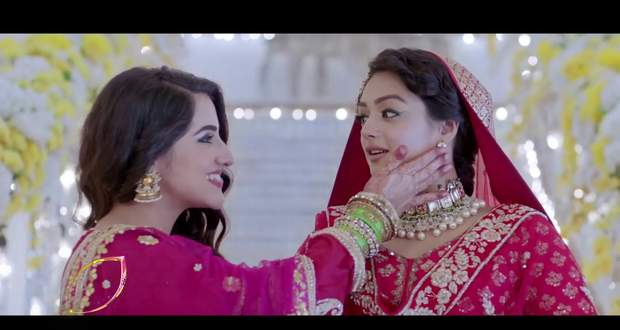 Bahu Begum gossip update: Shyra to give warning to Noor

In the forthcoming episodes of Bahu-Begum serial, Shyra and Noor will get into an ugly spat when the latter will call Shyra as Azaan’s second wife.

Up until now in Bahu Begam story, Noor managed to get her dream fulfilled of marrying Azaan. She is now trying hard to get close to Azaan to claim her rights on him.

Azaan, on the other hand, loves only Shyra and avoids Noor’s presence around himself. Azaan’s closeness with Shyra has upsetted Noor to the core.

As per the spoiler news of Bahu Begham serial, Noor will vent out her frustration on Shyra by calling her as Azaan’s second wife.

She will also curse Shyra for using ugly tactics to keep Azaan hooked to her. Shyra will not be able to bear the allegations and will lash out at Noor.

Shyra will warn Noor to be in her limits and will also address herself as Azaan’s first wife, state the gossips of Bahu Beghum serial.

© Copyright tellybest.com, 2018 & 2019. All Rights Reserved. Unauthorized use and/or duplication of this material without written permission from tellybest.com is strictly prohibited.
Cached Saved on: Tuesday 7th of July 2020 11:31:48 AM