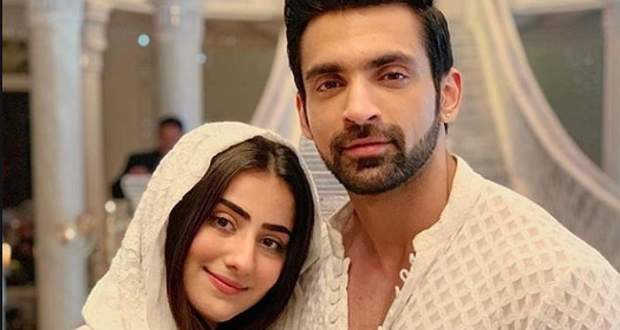 In the upcoming episodes of Bahu Begam serial, Daadi Ammi will try to keep Shyra and Azaan away from each other by tying a Taawiz on Shyra’s hand.

Up until now in Bahu-Beghum story, Shyra and Azaan are finally able to spend their married life happily with Noor out of the picture. Meanwhile, Daadi Ammi is up to something and is making various plans against the couple.

Now based on the gossip news of Bahu Begam serial, Daadi Ammi will tie a Taaviz in Shyra’s hand and will ask her to stay away from Azaan for the next 2 weeks.

Azaan will questions her about the same while Daadi will say it is for their long and happy married life. Later, she will also try to tie the same Taaviz on Noor’s hand.

However, Noor will get suspicious of Daadi's intentions and will refuse to let her tie it as per the spoiler updates of Bahu Begham serial.