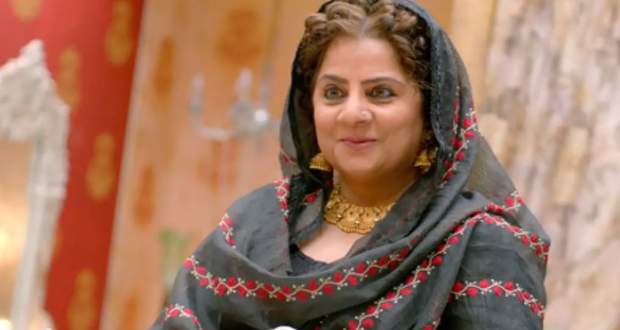 In the upcoming episodes of Bahu Begam serial, Gazala will plan to create differences between Noor and Shyra and at the end will put the blame on Raziya.

Up until now in Bahu-Beghum story, Raziya was attacked by some masked man but was later saved by Azaan and Shyra.

Meanwhile, Gazala Begum is planning to create differences between Shyra and Noor and has therefore sent an inappropriate dress to Noor.

Now based on the gossip news of Bahu Begam serial, Noor will come dressed like a Tawaif in the hall in front of everyone.

She will get embarrassed and even Azaan will get mad at her. Later, Shyra will come dressed in the same clothes and both will perform on Deewani Mastani song.

Further, as per the spoiler updates of Bahu Begham serial, Shyra and Noor will enquire about the mess created by Dadi. However, Gazala Begum will put the entire blame on Raziya.

© Copyright tellybest.com, 2018 & 2019. All Rights Reserved. Unauthorized use and/or duplication of this material without written permission from tellybest.com is strictly prohibited.
Cached Saved on: Sunday 9th of August 2020 07:16:19 PM