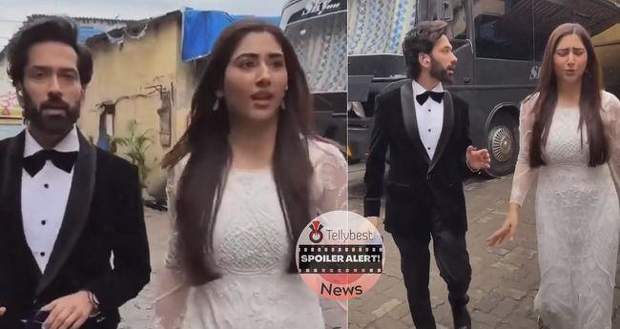 In the upcoming story of Bade Acche Lagte Hai 2, Ram and Priya will remarry each other.

The current track of BALH2 revolves around Pihu getting angry with RaYa since they did not tell her the truth about Mr. Khadoos being her father.

Pihu decides not to talk to either Priya or Ram but to make Pihu happy, Priya suggests to Ram that they get re-married, recreating Pihu's wish to see her parents get married in a church.

As per the latest spoilers of Bade Acche Lagte Hai 2, Priya & Ram are seen dressed up in a white gown and black tuxedo respectively.

Meanwhile, the beauty of the couple is accompanied by their unmissable bantering.

Let us see whether Priya & Ram's remarriage melts angry little Pihu's heart or not in the future episodes of BALH2.