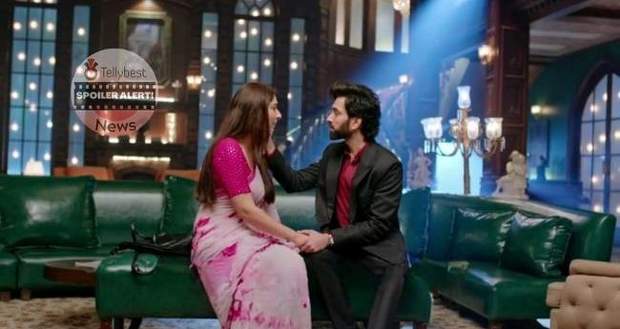 In the upcoming story of Bade Acche Lagte Hai 2, Ram will decide to drop Ishaan's investigation as he realizes that it is hurting Priya.

So far in the story of BALH2, Ram has spiked Priya's cough syrup with alcohol so that he can get Ishaan's truth out of Priya's mouth.

According to the latest twists of BALH2, Ram will confront Priya about Ishaan and try to find out the truth.

Ram assures Priya that he will support Ishaan under any circumstance and asks her to share if Ishaan is in any trouble.

However, Priya breaks down emotionally as Ram tries to convince her and says that everything will get destroyed if she reveals anything to Ram.

Ram gets shocked to see Priya crying so violently and comforts her by telling her that he will not ask anything from her.

Ram decides not to pursue the truth regarding Ishaan and makes up his mind to wait for Ishaan's return.

Let us see if Ishaan's truth that he pushed Shivina by mistake and not Priya gets revealed to Ram in the upcoming episodes of Bade Achhe Lagte Hain 2.

© Copyright tellybest.com, 2022, 2023. All Rights Reserved. Unauthorized use and/or duplication of any material from tellybest.com without written permission is strictly prohibited.
Cached Saved on: Monday 21st of November 2022 02:51:24 PMCached Disp on: Friday 9th of December 2022 03:36:04 AM