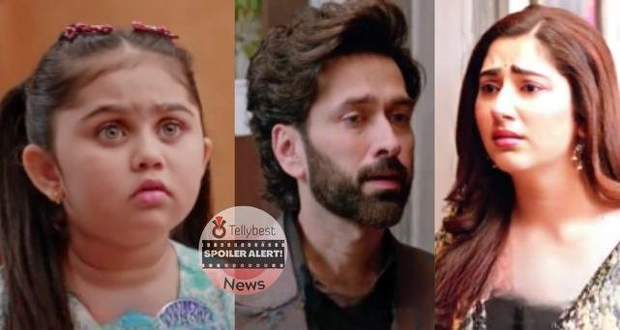 In the upcoming story of Bade Acche Lagte Hai 2, Ram and Priya decide to patch up their differences for Pihu when they find that Pihu has locked herself in a room.

So far in the story of BALH2, Ram and Priya fight over the CCTV footage while Pihu hears from Priya that Mr. Khadoos is her father.

She locks herself in a room with Krish entering it and urging Pihu to listen to Priya and Ram once.

According to the latest spoiler of Bade Acche Lagte Hai 2, Ram will seek forgiveness from Pihu. However, Pihu is mad and tells both Ram and Priya there is nothing to talk about since her parents are always fighting.

As per the latest gossip of BALH2, Pihu will also give an ultimatum to Priya and Ram, stating she doesn't want to live with a single parent; she wants to live with both of them together.

Let us see how Pihu's anger creates an urgency between Ram and Priya to patch up their differences for her in the future episodes of Bade Acche Lagte Hai 2.

© Copyright tellybest.com, 2020, 2021. All Rights Reserved. Unauthorized use and/or duplication of any material from tellybest.com without written permission is strictly prohibited.
Cached Saved on: Sunday 2nd of October 2022 03:04:00 AMCached Disp on: Thursday 6th of October 2022 04:40:58 PM