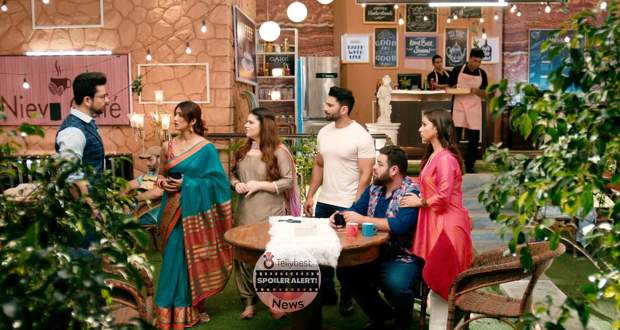 BALH2: Upcoming Twist! Two teams out to divide and unite Ram and Priya!

In the upcoming story of Bade Achhe Lagte Hain 2, two teams will divide to simultaneously separate and unite RaYa.

The current track of BALH2 revolves around Nandini revealing Pihu being Ram’s daughter to Ram and turning him against Priya.

Ram asks Priya to leave the house without Pihu as he will no longer compromise his happiness with his daughter.

As per the latest twists of BALH2, Ram will cut his ties with his friends and Priya thinking that they had lied to him.

Nandini’s gang will have the upper hand over controlling Ram while Priya and Ram’s friends will be ousted from the house.

Ram’s friends will join hands with Priya and Krish to bring Priya and Ram together like in the past.

Meanwhile, Nandini and her group will decide to make sure that Priya and Ram’s friends cannot re-enter Ram’s life at any cost.

Let us see which group succeeds in their planning in the upcoming episodes of Bade Achhe Lagte Hain 2.