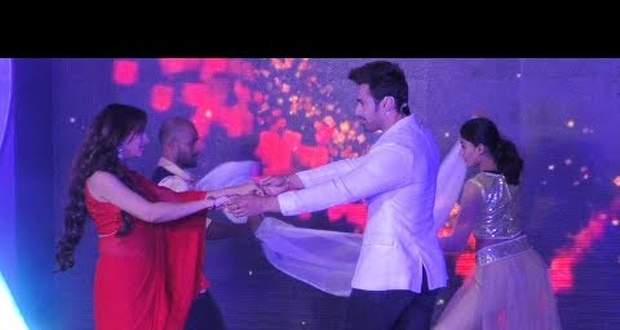 The honey trip of Raghbir and Pragati will bring to light a dark secret about Bani’s murderer in the upcoming episodes of Bepanah Pyar serial.

So far in Bepannah Pyaar serial, Raghbir realized his fondness for Pragati but restrained himself from expressing it to her.

Pragati, who loves Raghbir, is also keeping an eye on him as she feels that he is Bani’s murderer.

Also, the latest promo revealed the shocking twist where Bani revealed that she has returned to take revenge for her death in Pragati’s avatar.

Now, the new spoilers of Bepannah Pyar serial reveal that Kunti will send Raghbir and Pragati for their honeymoon.

Coincidentally, the two will land in the same place for their honeymoon where Bani met her fatal death planned by someone intentionally.

Further, as per the future twists of Bepanah Pyaar serial, Raghbir and Pragati will come across a grave secret about Bani’s murderer during their trip.

This secret will stun Pragati as she will be completely unaware of the shocking truth.

© Copyright tellybest.com, 2018 & 2019. All Rights Reserved. Unauthorized use and/or duplication of this material without written permission from tellybest.com is strictly prohibited.
Cached Saved on: Saturday 6th of June 2020 11:45:57 PMCached Disp on: Saturday 4th of July 2020 05:01:37 PM