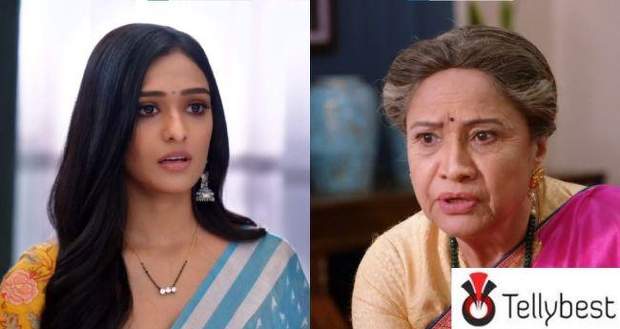 In the upcoming story of Bhagyalakshmi, Harleen will put forward a shocking condition in front of Lakshmi leaving her in a dilemma.

So far in the track of Bhagyalakshmi, Inspector Durga is suspicious of Malishka teaming up with Balwinder to separate Rishi and Lakshmi.

However, Balwinder, who is pretending to be a girl named Balli has overheard this and is planning to warn Malishka before Durga can do anything.

As per the spoiler of the Bhagyalaxmi serial, Lakshmi will be passing by Harleen’s room and will get confused hearing her confess her love to someone.

According to the Bhagyalakshmi twist, Lakshmi goes inside Harleen’s room and gets amused seeing sarees spread out on the bed and Harleen talking to a picture frame.

Lakshmi asks whom she is talking to while Harleen says that she is telling Rishi something that Lakshmi and Rishi don’t tell each other.

Lakshmi asks her what she doesn’t say to Rishi and Harleen enthusiastically says ‘I love you’ which makes Lakshmi flustered.

However, Harleen tells Lakshmi to be fast and confess to Rishi as soon as possible before Malishka does something inevitable.

Let's see how Rishi distances himself from Malishka and gets closer to Lakshmi as he kisses her cheek affectionately in the future episodes of Bhagyalakshmi.