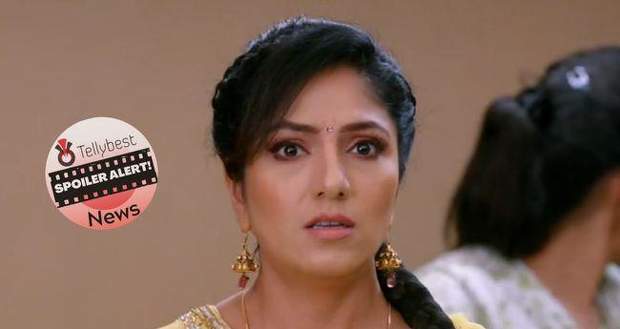 In the upcoming story of Bhagyalakshmi, Rano will see the news about Rishi going to jail and will decide to expose Balwinder and Malishka.

So far in the track of Bhagyalakshmi, Rishi and Lakshmi managed to defeat Monish and held Lakshmi’s trial where Rishi took the blame on himself and went to jail while Lakshmi is declared innocent for now.

Now as per the spoiler of the Bhagyalaxmi serial, Rano sees the news about Rishi getting jailed.

Meanwhile, she thinks that she should expose Balwinder and ugly Malishka since Balwinder is not giving her the money he had promised.

What will happen now? Will Rano expose Malishka and Balwinder to get her money?

Let's see if Malishka and Balwinder pay for their crime or escape once again in future episodes of Bhagyalakshmi.

© Copyright tellybest.com, 2020, 2021. All Rights Reserved. Unauthorized use and/or duplication of any material from tellybest.com without written permission is strictly prohibited.
Cached Saved on: Saturday 1st of October 2022 10:59:09 PM