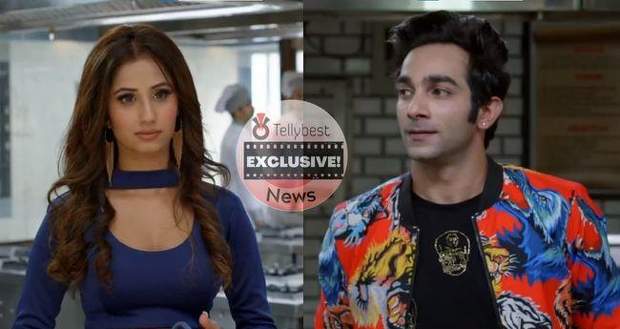 In the upcoming story of Bhagyalakshmi, Aayush will catch Malishka red-handed and will expose her to everyone.

So far in the track of Bhagyalakshmi, Rishi has gone to Hyderabad for his meeting while Lakshmi has been given the responsibility to cater to the critics which is annoying to Malishka.

As per the spoiler of the Bhagyalaxmi serial, Malishka comes with Aayush and Lakshmi to the hotel and gets jealous after overhearing Rishi and Lakshmi get lovey-dovey on call.

According to the Bhagyalakshmi twist, Malishka forms a plan and adds chili to the curry made by Lakshmi to make her look bad in front of everyone and get her humiliated.

However, Aayush catches her in the act and exposes her to everyone which makes Malishka feel like she is humiliated.

In the future episodes, we will see Lakshmi cooking up a new dish before the critics arrive and impressing them with her amazing cooking skills.

Let's see if Malishka can save herself from being hated by the Oberoi family in the future episodes of Bhagyalakshmi.

© Copyright tellybest.com, 2020, 2021. All Rights Reserved. Unauthorized use and/or duplication of any material from tellybest.com without written permission is strictly prohibited.
Cached Saved on: Saturday 1st of October 2022 11:54:51 PMCached Disp on: Thursday 6th of October 2022 03:55:12 PM