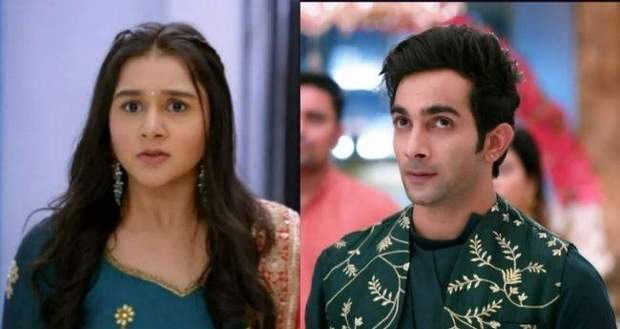 In the upcoming track of Bhagyalakshmi, Shalu will argue with Ayush for Lakshmi’s sake.

So far in the story of Bhagya Lakshmi, due to Malishka’s false accusation of Lakshmi, Ayush and Shalu have grown distant towards each other.

Although Shalu has tried to make Ayush see Malishka’s bad side, Aysuh is still blinded by his hatred for Lakshmi.

Now as per the spoiler of Bhagyalaxmi, Ayush notices Lakshmi hugging Ahana and starts shouting at her.

Hearing this Lakshmi tries to reason with him but Ayush ignores her.

As per the twists of the serial, Shalu also arrives there and starts arguing with Ayush for accusing Lakshmi of something she did not do.

Let’s see how Shalu will prove Lakshmi’s innocence to the Oberoi family and how Ayush will overcome his anger in the future episodes of Bhagya Lakshmi.

© Copyright tellybest.com, 2020, 2021. All Rights Reserved. Unauthorized use and/or duplication of any material from tellybest.com without written permission is strictly prohibited.
Cached Saved on: Sunday 2nd of October 2022 10:46:52 AMCached Disp on: Friday 7th of October 2022 03:06:38 PM