Bhagyalaxmi Review: A unique tale of fate emerging two individuals into one

The story becomes emotionally hard when Lakshmi loses her parents in an accident just before her marriage which eventually leads to her marriage getting called off.

An abundance of love has been showered on Bhagya Lakshmi's star cast Aishwarya Khare and Rohit Suchanti by the audience making it reach the top 10 TRP serials.

Bhagyalaxmi's journey has been a complete emotional roller coaster with its unexpected and heart-touching twists.

Bhagya Lakshmi's story starts with generous Lakshmi Bajwa living with her family in a village.

Lakshmi's life turns upside down when her parents meet their deaths when they were on their way to her wedding.

After Lakshmi's marriage gets called off, she moves to her Uncle's house in Mumbai with her two younger sisters.

In Mumbai, Lakshmi's path crosses with Rishi Oberoi, a businessman and owner of Oberoi Radiant when she saves him from a fire explosion at his office.

As Lakshmi's aunt wants to get hold of the money belonging to Lakshmi, she tries to get Lakshmi married to Balwinder who has tried to molest her previously.

When Balwinder misbehaves with Lakshmi again before marrying her, Rishi helps Lakshmi.

On the other hand, Rishi's mother, Neelam believes in a horoscope reader according to whom Rishi has a Dosh(fault) in his fate which can be nullified by getting him married to the girl with the perfectly matching horoscope.

As the story proceeds, Lakshmi turns out to be the perfect girl for Rishi and they get married after facing various hurdles.

After the marriage, Rishi's true face is revealed wherein he never loved Lakshmi but married her under family pressure.

Rishi continues to have an affair with his girlfriend, Malishka even when Lakshmi saves Rishi's life multiple times against the Dosh in his horoscope.

However, Lakshmi's graceful personality makes Rishi fall for her without his knowledge.

As Rishi believes he loves Malishka, he tries to get married to her though he is married to Lakshmi.

Lakshmi faces the reality when she sees Rishi and Malishka carrying out their wedding rituals.

After these phases of heartbreaks, Lakshmi and Rishi unofficially separate and Rishi decides to marry Malishka as they couldn't complete the rituals after Lakshmi caught them.

Currently, Rishi and Lakshmi's hearts are filled with the purest love for each other but they have failed to overcome their mind which forces them to stay apart.

Meanwhile, Malishka tries to keep reminding Rishi that he has always loved her and what he feels for Lakshmi is just because he is guilt-ridden.

Let us see will Rishi realizes what he feels for Lakshmi or Malishka marries Rishi before he changes his mind.

Rishi Oberoi is a popular entrepreneur who has some dangerous situations written in his fate.

Rishi's mother Neelam finds the perfect bride with the perfect horoscope who will save Rishi against the odds in his destiny.

Having said that, Rishi respects his mother a lot and marries the girl of his choice.

However, Rishi is a kind-hearted person who is filled with guilt as he loves someone else and is married to another person.

Lakshmi Bajwa turns out to be the perfect bride for Rishi.

Previously, Lakshmi has faced trouble after shifting to her uncle's house.

In spite of that, Lakshmi's life changes when she gets married to Rishi.

Rishi's father Virendra Oberoi reminds Lakshmi of her late father and their bond in the show is loved by the viewers.

Bhagyalakshmi serial is filled with sentiments, love, respect as well as heartbreaks.

The side actors of the serial have proved to be the best cast for the story.

Apart from this, the music and cinematography of the serial are marvelous.

Bhagyalakshmi uses the perfect songs in the right situations making the show more related and expressive.

Notwithstanding this, the story of the serial has slowed down its pace after Rishi and Lakshmi's separation.

The viewers are looking forward to seeing something new and positive twists coming up.

Overall Bhagyalaxmi (भाग्यलक्ष्मी) is a romantic, emotional, and exceptional plot filled with love, hate, and drama. 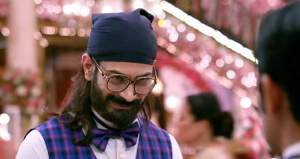 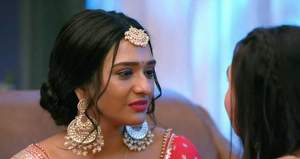 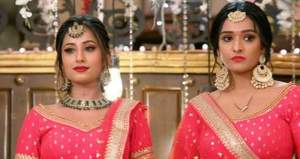