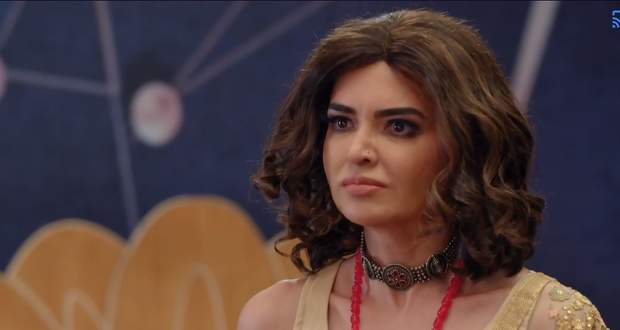 In the future Bhagyalaxmi serial episodes, Karishma will not be happy with the fact that Rishi and Lakshmi are getting closer.

So, Karishma will decide to do something and ruin Lakshmi's life.

Now as per the serial gossips of Bhagyalaxmi, Lakshmi will tell Shalu that she had made a mistake earlier by doubting Rishi of having an affair.

Lakshmi will tell Shalu that she is the only one in Rishi's life.

Meanwhile, Rishi will tell Malishka that he loves her. Rishi will also say that if he would have been in love with Lakshmi then he wouldn't even give a look to Malishka.

On the other hand, Karishma will see Lakshmi getting a blessing for happiness from an old lady.

Karishma will decide whether Malishka does anything or not but she will make Lakshmi's life hell.

, according to the spoiler of Bhagyalaxmi.

Let us see what is Karishma's plan, in the upcoming twists of the Bhagyalaxmi serial.

© Copyright tellybest.com, 2020, 2021. All Rights Reserved. Unauthorized use and/or duplication of any material from tellybest.com without written permission is strictly prohibited.
Cached Saved on: Thursday 20th of January 2022 03:43:56 AM