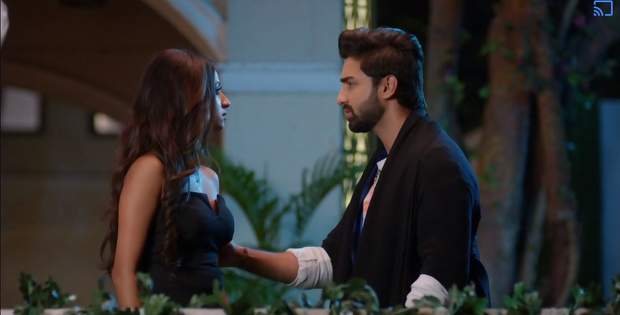 In the future Bhagyalaxmi serial episodes, Lakshmi and Ayush will be surprised to see Rishi at Malishka's place.

Up until now in the Bhagyalaxmi story, Neelam tells everyone that Rishi and Lakshmi have to stay married for a year and no one dares to change this decision.

Further, Rishi goes to tell Viraj the truth about his affair with Malishka.

On the other hand, Lakshmi saves an old man whereas Rishi leaves Malishka and runs towards Lakshmi to check if she is okay.

Now as per the serial gossips of Bhagyalaxmi, Malishka will not talk to Rishi on the phone as she wants him to do more efforts.

Rishi will climb a ladder and reach Malishka's balcony.

Further, Rishi will promise Malishka to marry her after a year.

At the same time, Lakshmi and Ayush will reach Malishka's house and they'll ring the bell.

To their surprise, Rishi opens the door, according to the spoiler of Bhagyalaxmi.

Let us see how Lakshmi reacts, in the upcoming twist of the Bhagyalaxmi serial.