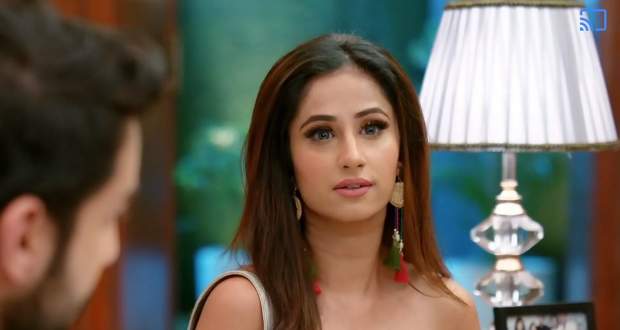 In the future Bhagyalaxmi serial episodes, Malishka comes to Rishi's house where she complains that as Rishi got married, Malishka doesn't have rights over him anymore.

Up until now in the Bhagyalaxmi story, Malishka is trying to get Rishi back in her life.

On the other hand, Lakshmi's pure heart and love are pulling Rishi towards Lakshmi.

Now as per the serial gossips of Bhagyalaxmi, Ayush will go to Rishi's room where he'll see him with Lakshmi on the balcony.

Lakshmi will tell Rishi how much he means to her and will also confess her love for him for the first time.

After saying 'I Love You', Lakshmi will hug Rishi. Rishi will think for a while then hug Lakshmi back.

The next day, Malishka will come to Rishi's house. Lakshmi will tell Malishka that even if Rishi is married she has all rights to him.

Malishka and Rishi will fight while Lakshmi asks the reason for their fight.

Malishka will blame Lakshmi for the fight and tell her that Rishi abandoned her for Lakshmi, according to the spoiler of Bhagyalaxmi.

Let us see what comes next, in the upcoming twist of the Bhagyalaxmi serial.

© Copyright tellybest.com, 2020, 2021. All Rights Reserved. Unauthorized use and/or duplication of any material from tellybest.com without written permission is strictly prohibited.
Cached Saved on: Thursday 20th of January 2022 05:04:36 AM