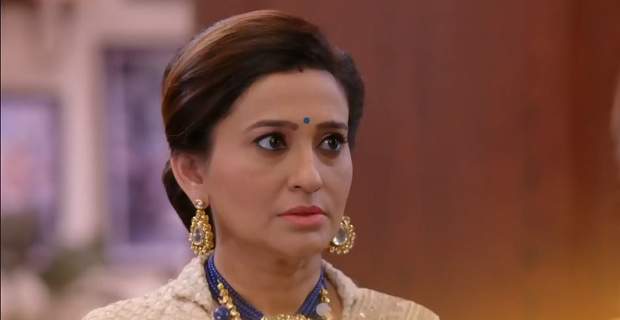 In the future Bhagyalaxmi serial episodes, Malishka will keep a condition for not marrying Viraj and staying in Rishi's life.

Malishka will ask Neelam to end Rishi and Lakshmi's marriage.

Up until now in the Bhagyalaxmi story, Malishka's anger on Rishi makes her accept Viraj's marriage proposal.

On the other hand, Lakshmi finds the other half of the love band that Rishi gave to Malishka.

Now as per the serial gossips of Bhagyalaxmi, Kiran will tell Malishka that Rishi can live without Lakshmi.

Kiran will also say that Rishi cannot live without his love. Malishka will say that his love is Malishka.

The next day, Malishka will come to Rishi's house and inform everyone about her wedding with Viraj.

Later, Malishka will put forth the condition in front of Neelam.

Neelam will be shocked by Malishka's demands, according to the spoiler of Bhagyalaxmi.

Let us see what happens next, in the upcoming twist of the Bhagyalaxmi serial.

© Copyright tellybest.com, 2020, 2021. All Rights Reserved. Unauthorized use and/or duplication of any material from tellybest.com without written permission is strictly prohibited.
Cached Saved on: Thursday 20th of January 2022 03:57:43 AM