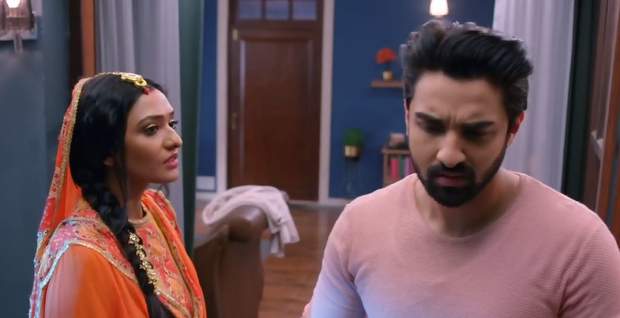 In the future Bhagyalaxmi serial episodes, Rishi will apologize to Lakshmi after returning home as he thinks Lakshmi has found out about him and Malishka.

Up until now in the Bhagyalaxmi story, Lakshmi has convinced Viraj to marry Malishka.

Later, Lakshmi walks into a room where Rishi is promising Malishka to marry her.

Now as per the serial gossips of Bhagyalaxmi, Abhay will tell Kiran that it is good for everyone if Malishka and Viraj get married.

On the other hand, Lakshmi will ask Rishi why didn't he tell her anything. Rishi and Malishka will think that Lakshmi knows about them.

Malishka will tell Lakshmi that it's great she found out the truth.

Lakshmi will walk out of the room and take Malishka with her.

Later, after returning, Rishi will apologize to Lakshmi, according to the spoiler of Bhagyalaxmi.

Let us see what happens next, in the upcoming twist of the Bhagyalaxmi serial.