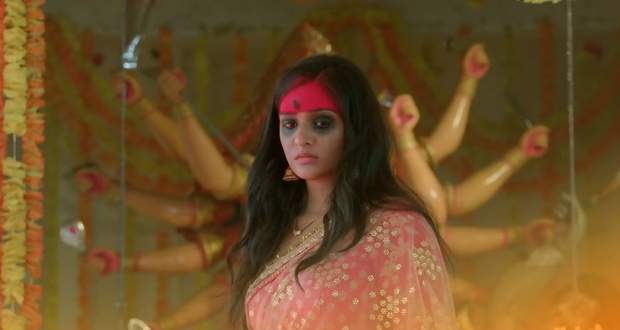 In the future Bhagyalaxmi serial episodes, Lakshmi will tell Rishi that she wants to break all the relations with him.

Up until now in the Bhagyalaxmi story, Rishi and others are trying to find Lakshmi all over the city.

Ayush finds Lakshmi's dupatta near a cliff and they are terrified thinking Lakshmi tried to kill herself.

Later, the police confirm that Lakshmi did not jump off the cliff.

Now as per the serial gossips of Bhagyalaxmi, Rishi will reach the temple where he'll be informed about Lakshmi's presence.

Rishi will try to apologize but Lakshmi will tell him that he is too late.

Lakshmi will say that Rishi had time to tell her about his feelings but he didn't.

Further, Lakshmi will tell Rishi that if he wants to break his marriage with her then she'll accept it.

Lakshmi will break all ties with Rishi in front of Goddess who is a witness to this, according to the spoiler of Bhagyalaxmi.

Let us see will Lakshmi forgive Rishi or is this the end of their marriage, in the upcoming story of the Bhagyalaxmi serial.

© Copyright tellybest.com, 2020, 2021. All Rights Reserved. Unauthorized use and/or duplication of any material from tellybest.com without written permission is strictly prohibited.
Cached Saved on: Wednesday 19th of January 2022 01:09:13 PM