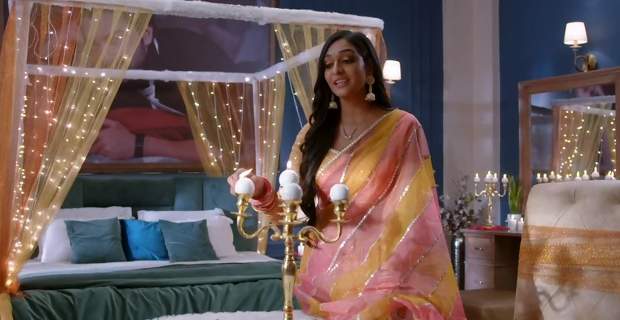 In the future Bhagyalaxmi serial episodes, Lakshmi will find the invitation card in the cupboard and will be heartbroken to read 'Rishi weds Malishka' on it.

Up until now in the Bhagyalaxmi story, Malishka comes to Rishi's house with an invitation card for her and Rishi's marriage.

Rishi hides the card in the cupboard to avoid anyone from seeing it.

Now as per the serial gossips of Bhagyalaxmi, Lakshmi will be making arrangements for a candlelight dinner with Rishi.

On the other hand, Malishka will bribe a Panditji to get her married to Rishi without letting him know.

Later, Malishka will take Rishi to the temple where the Panditji will start with the rituals of their marriage without Rishi's knowledge.

Meanwhile, Lakshmi will find the invitation card in the cupboard.

Further, Lakshmi will see the same day's date and will be devastated, according to the spoilers of Bhagyalaxmi.

Let us see whether Lakshmi succeeds in stopping Malishka from marrying her husband, in the upcoming story of the Bhagyalaxmi serial.