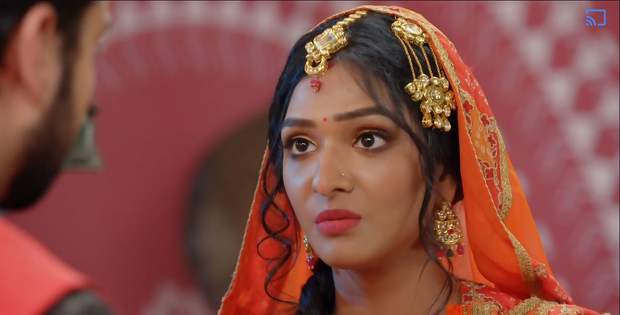 In the future Bhagyalaxmi serial episodes, Lakshmi will tell Rishi that she knows what's wrong between him and Malishka.

Lakshmi will also say that she knows that its reason is Lakshmi's entry into Rishi's life.

Now as per the serial gossips of Bhagyalaxmi, Rishi will tell Malishka that he loves her and can do anything for her.

Rishi will also say that if he would have been in love with Lakshmi then he wouldn't even give a look to Malishka.

On the other hand, Karishma will see Lakshmi getting a blessing for happiness from an old lady.

Karishma will decide whether Malishka does anything or not but she will make Lakshmi's life hell.

Later, Malishka will get furious seeing Lakshmi and Rishi sharing cute moments together.

Lakshmi tells Rishi that she has understood what is going on between him and Malishka, according to the spoiler of Bhagyalaxmi.

Let us see how will Lakshmi react to this, in the upcoming story of the Bhagyalaxmi serial.

© Copyright tellybest.com, 2020, 2021. All Rights Reserved. Unauthorized use and/or duplication of any material from tellybest.com without written permission is strictly prohibited.
Cached Saved on: Wednesday 19th of January 2022 01:11:51 PM