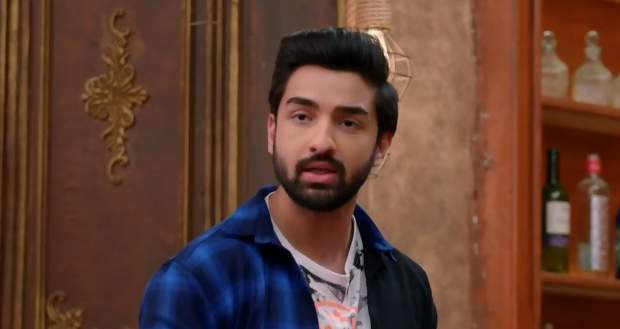 In the future Bhagyalaxmi serial episodes, Rishi will make up his mind to anyhow stop Malishka from getting engaged to Viraj.

Up until now in the Bhagyalaxmi story, Rishi goes to meet Malishka after lying to Lakshmi that he has some work at the office.

Lakshmi and Ayush come to Malishka's place where they see Rishi hiding behind a pillar.

Now as per the serial gossips of Bhagyalaxmi, Malishka will tell Kiran that she is ready to do anything to get Rishi back.

Later, Kiran will request Rishi to stop this engagement.

Rishi will tell Ayush that he is determined to not let this engagement come about.

At the Roka ceremony, Ayush will follow Rishi to see what he does to stop the engagement.

Further, Rishi will make Malishka realize that she'll be losing the person who loves her the most.

Rishi and Malishka will hug each other, while Lakshmi will be searching for Rishi, according to the spoilers of Bhagyalaxmi.

Let us see whether Lakshmi sees Rishi and Malishka hugging, in the upcoming story of the Bhagyalaxmi serial.

© Copyright tellybest.com, 2020, 2021. All Rights Reserved. Unauthorized use and/or duplication of any material from tellybest.com without written permission is strictly prohibited.
Cached Saved on: Wednesday 19th of January 2022 02:22:31 PM