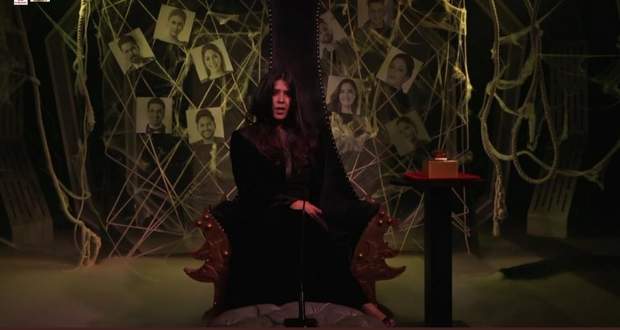 In the upcoming episodes of Bigg Boss 14, Ekta Kapoor will give one contestant an immunity stone which the receiver will be able to use anytime in the house.

Up until now in Bigg Boss 14, Salman Khan revealed that Jasmin Bhasin, Kavita Kaushik, and Nikki Tamboli are safe from this week's eliminations.

Now as per the gossip twists of Bigg Boss 14, Ekta Kapoor will enter the house of Bigg Boss and give one contestant an immunity stone which will save them from nominations for elimination one time.

Ekta will give the inmates various tasks to impress her in order to win the immunity task.

Now, it is rumoured that Rubina Dilaik will get the Immunity Stone according to the recent news of Bigg Boss 14.

Let's see if the rumour is true or not in the future story of Bigg Boss 14.

© Copyright tellybest.com, 2020, 2021. All Rights Reserved. Unauthorized use and/or duplication of any material from tellybest.com without written permission is strictly prohibited.
Cached Saved on: Sunday 9th of May 2021 11:04:17 PM