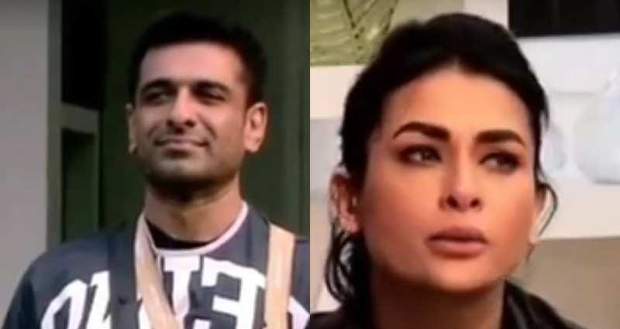 Colors TV’s most popular reality show, Bigg Boss 14 will see the verbal spat between Pavitra Punia and Eijaz Khan as Pavitra will be upset with his betrayal.

Based on the recent serial spoilers of Big Boss 14, Eijaz Khan chose Jasmin Bhasin over Pavitra Punia when he was given an option to save one of the contestants.

This has made Pavitra Punia upset as she has always considered Eijaz as his friend. Pavitra Punia will blame Eijaz Khan for not standing up for her.

She will also get violent and will try to hit him while Jasmin Bhasin and Nikki Tamboli will try to stop her as per the gossip news of Bigg Boss 14.

© Copyright tellybest.com, 2020, 2021. All Rights Reserved. Unauthorized use and/or duplication of any material from tellybest.com without written permission is strictly prohibited.
Cached Saved on: Sunday 25th of July 2021 03:16:16 PM