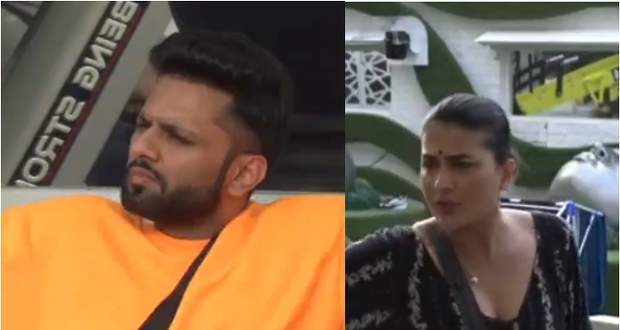 Based on the recent serial spoilers of BB 14, Rahul Vaidya and Pavitra Punia will be seen getting into a verbal spat over the behavior of Rahul Vaidya.

Pavitra Punia and Rahul Vaidya earlier had a strong connection but their relationship will suffer now. The two will get into a verbal spat wherein Pavitra Punia will point that Rahul Vaidya has the bad habit of interrupting conversations.

Further, Bigg Boss contestant Rahul Vaidya will feel insulted and will state that he can speak whenever he wants to. Their argument will continue to escalate and viewers can see another drama spewing in the house of Bigg Boss 14.

© Copyright tellybest.com, 2020, 2021. All Rights Reserved. Unauthorized use and/or duplication of any material from tellybest.com without written permission is strictly prohibited.
Cached Saved on: Tuesday 28th of September 2021 06:09:46 AM