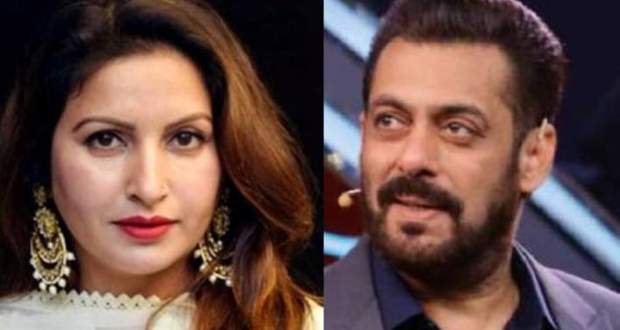 In the forthcoming episodes of Both Boss 14 reality show, Sonali Phogat will talk back to Salman Khan in the upcoming Weekend Ka Veer episode and will tell him to show her the proof.

So far in Both Boss 14, Bigg Boss had given the housemates another captaincy task named 'Kai Po Che' which got halted because the housemates broke rules.

Further, Bigg Boss punished them and told them that there will no more immunity tasks or captaincy task and will also tell them that they will have to earn their ration from now on.

Now as per the latest twists of Both Boss 14, Nikki Tamboli will tell Salman Khan that Sonali threatens housemates of seeing them outside and that her men will straighten them.

Salman Khan will ask her what would she do to the housemates after they come out while she will tell him in a loud voice to show her the video footage of her threatening housemates of outside according to the spoiler alerts of Both Boss 14.

Let's see what will Salman do next in the future episodes of Both Boss 14.

© Copyright tellybest.com, 2020, 2021. All Rights Reserved. Unauthorized use and/or duplication of any material from tellybest.com without written permission is strictly prohibited.
Cached Saved on: Friday 30th of July 2021 12:58:39 PM