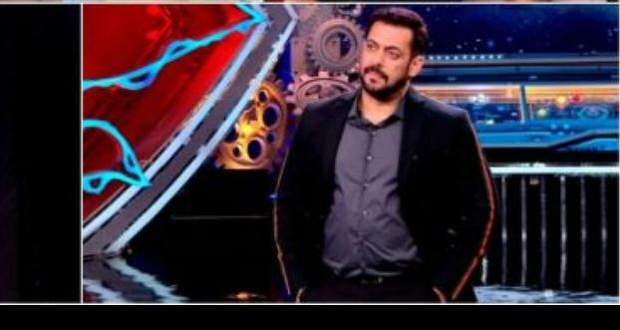 In the upcoming episodes of Bigg Boss 14, Salman Khan will be seen scolding Nikki Tamboli for her act of putting the oxygen mask in her trousers and will say that it's shameful.

Based on the recent spoilers of Bigg Boss 14, Bigg Boss housemates had a lot of fun in the weekend ka vaar episode with a lot of dancing and reliving their journey.

However, the housemates were stunned to see Kavita Kaushik again in the Big Boss house.

Now as per the latest news of Big Boss 14, Salman Khan will be seen rebuking Nikki for putting the oxygen mask in her trousers during the elimination task and will say that it is a shameful act.

Further, he will also bash at Pavitra Punia and Jaan Kumar Sanu for using foul words according to the future twists of Bigg Boss 14.

Let's see if the contestants can learn something from Salman's words or not in the future episodes of Bigg Boss 14.

© Copyright tellybest.com, 2020, 2021. All Rights Reserved. Unauthorized use and/or duplication of any material from tellybest.com without written permission is strictly prohibited.
Cached Saved on: Sunday 9th of May 2021 09:44:04 PM